The Story of Richard Caister

Richard Caister was born either in Casiter St Edmund or Caister-on-Sea in the middle of the 14th century. On the 1st October 1385, he was admitted to Merton Priory in Surrey where he received his education for ordained ministry. It is most likely that, after being ordained, he spent some 10 years as a monk of the Norwich Cathedral Priory. In 1397, he become vicar of St Mary’s Church in Sedgeford, near Lynn where he served for five years. In 1402 he was transferred to St Stephen’s Church in Norwich, where he remained until his death on April 4, 1420. He was buried in the chancel of the Church indicating the high regard he was held. His resting place became a focus for pilgrimage throughout the fifteenth century. 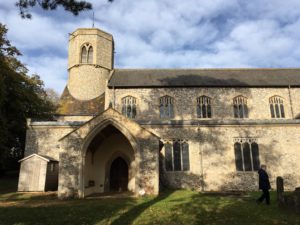 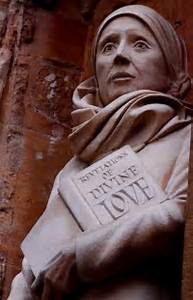 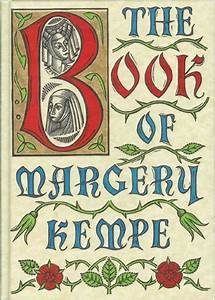 Caister was a contemporary of Julian of Norwich (1342-1416). Julian of Norwich is, of course, known for her book The Revelations of Divine Love, which is a masterpiece of 14th century vernacular theology and also the earliest surviving book in the English language written by a woman.

There are no documented encounters between Richard Caister and Julian of Norwich. However, their geographical proximity (St Julian’s Church is all but next door to the parish of St Stephen’s) alongside their mutual friend Margery Kempe suggests that their lives may well have intersected at points. However, perhaps the most significant point of overlap between Caister and Julian of Norwich is that they both wrote in the vernacular. In so doing, they were both opening spiritual and theological matters to the laity. A view which was particularly strong in Caister’s time was a view that English was not an appropriate vehicle to consider theological matters, but that it needed to be presented in the language of the Church: Latin.

Another significant contemporary was Margery Kempe (1373-1438), the author of The Book of Margery Kempe, which is considered by some to be the first autobiography in the English language. Margery Kempe was a Christian mystic whose work gives a careful spiritual and social commentary of England at the time of her life.

Margery Kempe became very close to Caister, who makes several appearances in The Book of Margery Kempe. In their first meeting, Caister listened to Margery Kempe speak about the love of God and her spiritual experiences. Margery Kempe records that while some considered her to be insane or under the influence of demons, Richard Caister defended her, open to the idea that God may inspire a woman. Caister became Margery Kempe’s confessor and even defended her in a hearing before the formidable bishop Henry le Despenser.

After Caister’s death and burial, Margery Kempe writes that she was moved to journey to St Stephen’s to pray for the healing of a priest who was close to her. She writes of a powerful spiritual encounter of the goodness of God during this time of prayer at the chancel of St Stephen’s Church, where Caister was buried. The priest for whom she was praying was healed. It is most likely for this reason that Caister’s burial place became a shrine for pilgrimage throughout the latter half of the 15th century.

The Character of Caister’s Ministry

Caister had a reputation for being a man of significant learning who was assiduous in his pastoral duties, particularly in his preaching and in his concern for the poor of his parish. The pilgrim badges that accompanied the shrine of Richard Caister frequently depict him preaching from the pulpit, wearing either clerical or academic dress.

John Pits, the 17th century Roman Catholic scholar provides us with a character of sketch of Caister.

“He was a man simple and upright, and no mean scholar. In his sermons he used not so much to attack men’s vices with bitter words, as to deplore them with tears of sympathy, and to exhort all to flee from their sins and to have pity upon their own souls. With the ignorant multitude he willingly adopted a familiar style, and used to mingle with the crowds to hold outdoor meetings. The simplest folk he loved the best, as being most like huimself, saying that of such is the kingdom of heaven. He is said to have had the spirit of prophecy, and both during his life and after his death to have been renowned for many miracles”

Francis Blomefield in his History of Norfolk (volume 4) adds to this description that Caister was “a man of greatest learning and what was exceedingly remarkable in those days, a constant preacher of God’s word in English to his parishioners”.

Caister’s only extant work is a hymn beginning ‘Jesu, Lord thou madest me’, which survices in many manuscripts. Pits attributes to Caister lost works on the Ten Commandments and another on the meditations of Saint Bernard.

Religious Dissent in the 14th and 15th Centuries

Caister lived in a turbulent period in the life of the Church in England. A particular strand of non-conformist thought, which we know of today as the “Lollards“, had become increasingly powerful across England in the late 14th and early 15th centuries.

Whether or not the Lollards can be described as a unified grouping or more of a de-centralized constellation of dissenting traditions remains a matter of debate. However, The Twelve Conclusions of the Lollards (1395) does provide some indication of a set of ideas held in common. This document is strongly critical of clerical practice, the doctrine of transubstantiation, pilgrimage and it it rejects the necessity of the mediation of God’s forgiveness through the Church via confession of sins to a priest. Perhaps, however, at the heart of Lollardy was the insistence on the importance of access to Scripture in the English language. Elements of some of these ideas can be found in Caister’s metrical prayer, ‘Lord Jesu, thou madest me’.

Archbishop Thomas Arundel was a fierce opponent of the Lollards. In 1409 he promulgated the Constitutions, which was a piece of ecclesiastical legislation designed to establish control over religious thought and speech in England. The Constitutions established controls around access to Scripture in the English language: “No one should translate any text of holy scripture on his own authority into the English language or any other under pain of excommunication, until that translation was approved by the local diocesan council”. Alongside this, the Constitutions outlawed the criticism of clergy in the context of sermons and limited the topics upon which clergy could educate their parishioners. In a very influential essay Nicholas Watson has argued that the goal of Arundel’s Constitutions was to restrict the development of religious thought in the English language which led to the withering of a growing and creative tradition of vernacular theology in England, represented by individuals such as Julian of Nowich (N. Watson, ‘Censorship and Cultural Change in Late Medieval England: Vernacular Theology, the Oxford Translation Debate and Arundel’s Constitutions of 1409’, Speculum 70.4, 1995, 822-864).

The Mirror of the Blessed Jesus (1410) written by Nicholas Love argues that Latin is the true language of theological thought and spiritual devotion. As such, the non-Latinate lay person remained in an unchangeable state of dependency on the Latin-speaking clergy. Love’s Mirror was officially licensed by Arundel and nineteen extant manuscripts of this work contain a note of Arundel’s official approval along with a note that it this work is a “confutation of heretics or lollards”. Love’s work provides an instructive  insight into the character of the Church at the beginning of the fifteenth century, in contrast to which Caister’s metrical prayer can be better understood. For more on this, follow the link below.

Lollardy was particularly influential in Norfolk at the turn of the 15th century. The bishop of Norwich Henry le Despenser was as fierce an opponent of Lollardy as Thomas Arundel. It is recorded that “He swore, and did not repent, that if any of that perverse sect [Lollards] should presume to preach in his diocese, he should either be given to the flames or deprived of his head” (Rolls series, Thomas Walsingham, vol. ii., p.188).

The Prayer of Richard Caister is a fascinating document written at this turbulent time which arguably contains themes consistent with aspects of Lollardy. For more on this, you can follow the link below. 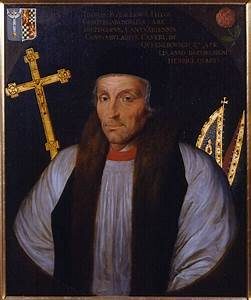 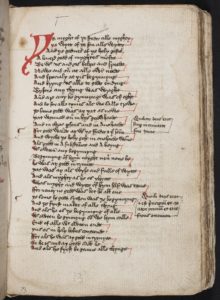 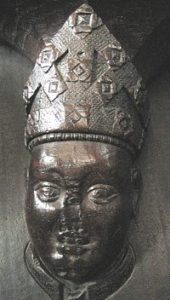 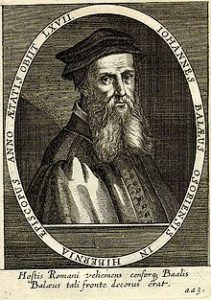 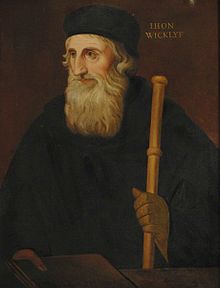 During the period of the Reformation in England, the assessment of Caister’s life and significance took a very interesting turn.

Caister was closely associated with the linguist, philosopher and theologian John Wyclif who was an important influence on Lollardy and is thought of as a forerunner of Protestantism in England. Bishop John Bale (himself a man with strong protestant sympathies) in his work Illustrious Writers of Great Britain (printed c1549-1559), writes the following:

“Richard Caister, of the County of Norfolk, and coming from near Norwich itself, a man learned and pious for his age, and Vicar at the Church of St Stephen in that City, [he was] called ‘the Good’, lead an apostolic and innocent life in great simplicity of spirit. Miracles arre narrated of this man, but many are void of all truth. Nevertheless, he was distinguished for remarkable sanctity and a prophetic spirit. He favoured the Wicliffite (or rather the Christian) doctrine strongly, but secretly, for fear of the Papists, having had experience of their tyranny in others.  The scandalous example of the clergy he deplored with humble reproof in sermons, since otherwise he was not able to cure it. Many other proofs of piety did the good man display, and amongst other things he wrote in his native tongue”.

In this reception of Caister, the elements of overlap with some parts of non-conformity are stressed. The ambivalence to attributed miracles indicates a desire to distance Caister from aspects of medieval Catholic spirituality including pilgrimage and the veneration of the saints. There is a clear emphasis on Caister’s own moral purity and his departure from ecclesial legislation. However, most significant is the attention given to his writing and preaching in the English language.

Whether or not Richard Caister really held Wycliffite views is a matter for discussion. While Bishop Bale was quite partisan for Protestantism and could stretch his presentation of people to bring them more in line with his own ways of thinking, Richard Caister’s own metrical prayer does indicate, at least, some sympathy with some ideas associated with Wyclif and Lollardy such as the suitability of the vernacular for theological discourse. However, Caister did not suffer the same fate as other clergy in the Diocese of Norwich who were more explicitly loyal to Wyclif’s thought, such as William Sawtrey.

It is probably best to situate Caister in what Anne Hudson has described as the ‘grey area’ between lollardy and orthodoxy (A. Hudson, Premature Reformation, 21-24). In this, he is a fascinating example of a faithful Catholic priest engaging with some of the ideas that wold gather speed over the next one hundred years into the Protestant Reformation.